Explain the argument Socrates presents for the claim that virtue is knowledge. Is the argument successful? Answer with reference to Meno 86c – 100b.

Explain the argument Socrates presents for the claim that virtue is knowledge. Is the argument successful? Answer with reference to Meno 86c – 100b.

Socrates’ argument within the Meno for the claim that virtue is knowledge is put forward through dialogue between Socrates and Meno. The question arises after much discussion between them of whether virtue can be taught and is in some ways used to aid in answering this initial question, interlinking the two questions deeply.

Though elements of the discussion start much earlier in the dialogue the key points that aid in Socrates argument for virtue being knowledge begin when Meno and Socrates who both agree that virtue must be a good thing as in Chappell’s translation “this hypothesis is immovable for us: virtue is a good thing” (p.36 87d) now that they agree that virtue is a good thing it is suggested that virtue will be knowledge, if in fact every sort of good thing is included within knowledge. (p.36 87d) Robin Waterfield puts forward in his notes of his translation that “while Plato may there be saying that excellence (virtue) is the only thing that is always good, other things are conditionally good, the condition being that they must be put to proper use by knowledge or intelligence” (2005, p.179) The dialogue leads on to the suggestion that “virtue is beneficial” (p.37 87e) Meno and Socrates begin to discuss and agree on what they consider to be benefits Socrates then listing the agreed items of health, wealth, good looks and strength. Thought accept that there may be more.

The discussion then turns to identify that those ‘good things’ or ‘benefits’ can also be harmful, possibly to not only the person who has them but to those around them. (see page 5 of this essay for expansion on this) Socrates’ puts to Meno that the previously stated benefits only become ‘good’ or ‘bad’ when combined with intelligence, or a lack of it, ‘folly’ as he puts it (p.38 88d). The only real virtue is therefore really understanding and knowing how to positively make use of the given benefits. This reinforces the idea that virtue is knowledge or at least links to it in that knowledge or wisdom is required in order to make positive choices that in return result in positive benefits. Socrates talks of this in a prior dialogue Protagoras where he suggests that men only want to do what is good as if they didn’t in his opinion they would be ignorant “Well,” I said, “if the pleasant is good, no one knows or thinks [that] things other than what he is doing are better and possible [for him to do], when he does these things [that he is doing], though it is [in point of fact] 219 allowable for him to be doing things that are better; nor is being less than oneself [358c] anything other than ignorance, nor is being stronger than oneself anything other than wisdom.” (Arieti et al p.85 358b) in Meno though it appears that Socrates is even more confident in his argument that people do not desire to be bad or evil he says “Therefore, Meno, if there’s no one who wants to be miserable and live badly, then there is no one who wants bad things. For what is it to be miserable, if not to desire bad things and get them?” (p.17 78a) Whatever the soul tries to do or to put up with, if it is guided by wisdom, it leads to wellbeing. But if it is guided by folly, to the opposite. (p.37 88c) Socrates here appears to confidently believe that it is only ‘folly’ a lack of sense that can lead to someone desiring bad things. He fails to acknowledge that some may simply seek to be bad because this is what they want.

Socrates appears to then finalise his argument of virtue being knowledge with his statement “So by our argument, since virtue is beneficial, it has to be some kind of wisdom.” (p.38 88d) leading Meno to agree with him making it appear that they together came to this conclusion.

If this conclusion were true it would surely mean that all those who truthfully understood virtue would then be empowered to become virtuous. Meno and Socrates both agree that virtue is linked to ‘good’ which leads me to ask, what about those who do truely understand it yet choose to live in a less that virtuous life? Criminals for example. It is well known that some of the most dangerous criminals in the world are the most well educated intellectuals with high IQ’s and would be considered as knowledgeable yet have made what would be considered to most as ‘bad’ choices which have resulted in less than desirable.

Up to this point (88d) is appears the Socrates himself is convinced that virtue is knowledge (though he later appears to backtrack from this claim which I will investigate later) given that this is where reasoning has left him. As a reader I too can see that at first glance the argument Socrates puts forward appears to make sense though in my opinion it leaves some questions unanswered. 1) How is the knowledge gained? 2) How do we then know we have the relevant knowledge needed? 3) Just because someone understands does it mean they will choose to be virtuous. These questions begin to be investigated in the later sections of the Meno where Socrates further claims that knowledge is teachable (87c) but that there are no teachers of virtue (90c – 942) it appears Socrates is then beginning to doubt his own initial claim that virtue is knowledge.

Knowledge in my view can be gained in a variety of ways. 1) It can be directly taught e.g. in a formal situation a ‘teacher’ can teach a student. 2) It can be indirectly taught e.g. a parent taking part in activities with a child for fun, not specifically teaching them but they are gaining the knowledge as they do the activity, through participation. 3) Through observation e.g. watching others doing an activity but not taking part. There are likely other ways of acquiring knowledge these are just a few (in my opinion) obvious examples. This I would argue opposes Socrates view that without teachers there are no learners and therefore virtue cannot be knowledge. I also agree with a point that Dominic Scott raisies in “But this assumption is easily questioned: the fact that there happen to be no teachers of virtue does not rule out the possibility that it might in principle be taught.” (2006 p2) just because something is presently at the time not taught, by teachers, it does not mean that it could not be or that in the future it may not be. There were at one point no teachers of parkour (a well known outdoor sport / training discipline also known as free running) until it was recognised as a sport and in turn teachers of such were sought. Later in the dialogue Socrates and Meno appear to agree that knowledge is actually teachable as Scott (2006) states they “agreed that it is teachable if and only if it is knowledge” and they “reject the possibility that it comes by nature (89a–b), something suggested by Meno at the very beginning of the dialogue.” This would suggest then that virtue is knowledge and is it has to be taught as is not gained in any other way is much in Socrates and Meno’s opinion then be knowledge.

Scott puts forward “Socrates cannot conclude that virtue is knowledge: he ought to say that virtue is a composite consisting of knowledge and a number of other psychological qualities” I agree that virtue is far more complex and cannot simply be defined as knowledge. If it was I feel that the world would be a very different place. If all it took was to ‘teach’ virtue or for someone to ‘learn’ virtue and they would then be good and act in a way that would be good for fellow man and their country what a different place I feel the world would be. I say this because as Scott states “We should always have been wary of accepting this claim in the first place, especially when Socrates was thinking about the role of external assets. It is noteworthy that in the argument as a whole he is thinking of virtue as a quality that will benefit both the individual and the city that he leads” the benefit as spoken of above would impact no only on the person who is virtuous but those around him.

After much consideration it leaves me at a point where I do not feel that Socrates’ original argument is successful because his argument does not convince me that his claim that ‘virtue is knowledge’ is correct. I would go so far as to say he hasn’t even fully convinced himself given he later says “So, Meno, it seems that the result of our reasoning is that virtue comes by the gift of the gods – if it comes at all. But we shall only know the clear truth about virtue when – before we ask in what way virtue comes to humans – we try to answer the question about virtue itself: what virtue actually is.” (p.56 100b). As I have already highlighted his argument has a number of flaws and I feel there are too many unanswered questions as well as some (in my opinion) illogical conclusions that have been drawn. My thoughts on this may well be due to societal changes and developments which lead me to see the world very differently now in 2020 to how it would have been at the time of this dialogue or it may be because I have had the opportunity to read and research so many other philosophers points of view and arguments that I feel have more strength. There are many contributing factors as to why I believe that Socrates is mistaken which I plan to further explore in future research and essays. At this point though I am confident that in the Meno Socrates argument is not successful.

I'm Kerri-Ann Briggs a busy mum of two, art & design graduate, Philosophy Masters student and shop owner. When i'm not running my own business, an art shop in Seaton, Devon, i am usually gardening, reading, creating, or spending time with my sons walking our dogs along the seafront. *This blog expresses my personal opinions only*

Shop all things NYR via my personal page link here to help support my little business.

My apologies for the number of adverts on this page. I have enabled advertising on my website as every little helps during these ever changing challenging times. Earning this way means there are no charges for you to read any of my content, you are helping me to earn a living by simply viewing my pages. If you want to help me even more you could share my articles and content with your friends, family and on your social media. Every click counts! Thank You 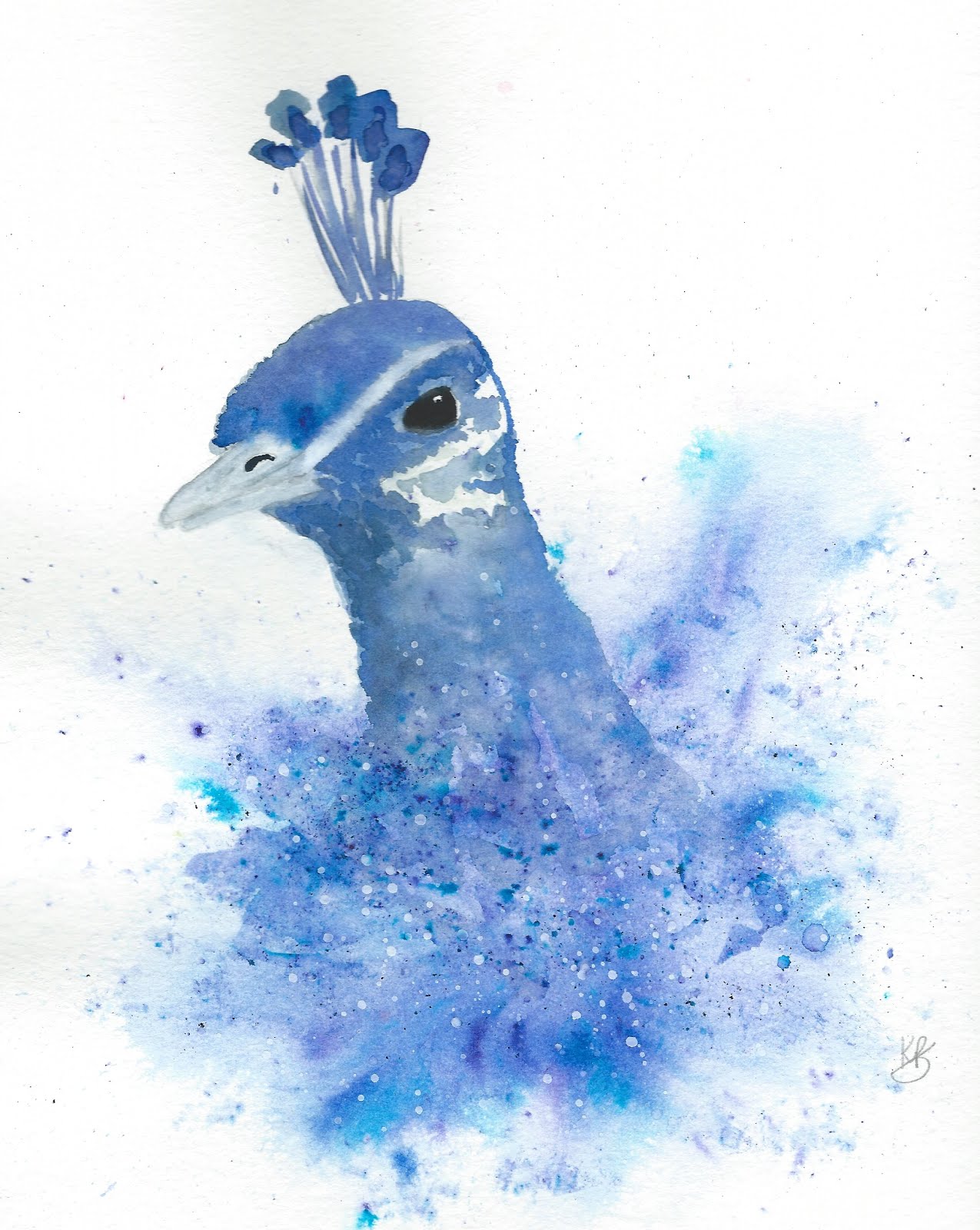 Find my You Tube videos here

Need Art & Craft supplies? Find them here at Imagine Design Create and use code 'IDCFAN' to get 10% off